December 03, 2018
Over the last years we have seen a range of interesting and important books appearing in the field of animal movement and space use. In this post I mention four of them. Unfortunately, only two of these books (disregarding my own contribution) presents any reference to animals’ capacity for spatial reorientation beyond the individual’s current perceptual field. However, all that is offered in these two titles – covering hundreds of pages with deep theory – is a couple of sentences or paragraphs. Why such a slow implementation in mainstream models with respect to this key aspect of behavioural ecology? Why such stubbornness to bridge theory to empirical knowledge by including spatial memory as an important factor that influences how animals use their habitat? 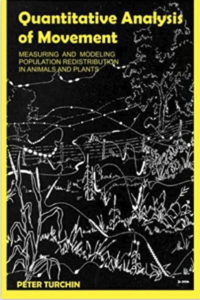 First, I was happy to discover that Turchin’s classic book “Quantitative analysis of animal movement” (Turchin 1998) has now appeared in new print, dated 2015. However, like the original version you will search in vain for any reference to animals that utilize spatial memory. Since this is not a re-write, Dr Turchin is excused. However, I had expected some update on models on movement as they have developed over the last 20 years, in particular with respect to scale-free space use (e.g., Lévy walk) and spatially explicit returns, where the latter explain an individual’s home range as an emergent property rather than some kind of mystic and pre-set constraint on area use. 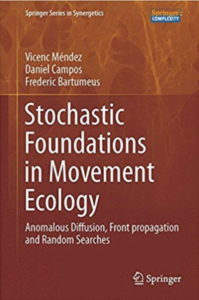 Second, I have read “Stochastic foundations in movement ecology” (Mendéz et al. 2014) with great interest. However the downturn also here was the lack of any reference to animals utilizing space in a strategic manner; i.e., relating to its environment beyond the perceptual field around the present location. Several sections are included to cover advanced space use in the context of scale free movement and even continuous time random walk models (CTRW). However, again I missed descriptions of animals with spatial memory utilization. Before this field of research reach a full integration between scale-free movement and strategic, memory-influenced displacements the theory is a half-told story. 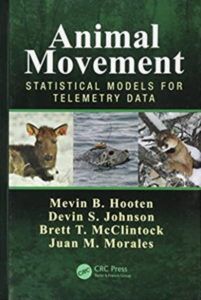 Third, I was thrilled by the title of the latest book in this field of research, “Animal Movement: Statistical Models for Telemetry Data” (Hooten et al. 2017). This book is written by researchers with a proper empirical experience with modern data sets on space use. Still, only two paragraphs over the 306 pages were dedicated to the spatial memory aspect, only referring to papers where the reader may find some research on spatial memory. 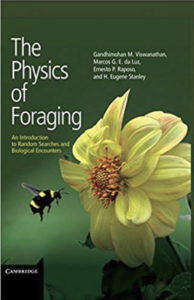 Fourth, “The Physics of Foraging” (Viswanathan et al 2011) was very promising and I really looked forward to get a copy, since we here finally got a book that was explicitly dedicated to the interface between physics (e.g., statistical mechanics-related) and behavioural ecology. It does in fact include 12 index references to memory, but – disappointingly – all but two of them regard temporal memory (CTRW, correlated random walk and other variants) rather than spatially explicit memory as expressed by utilization of a memory map. Anyway, I appreciate that this important book does at least mention references to our own work on spatial memory!

To conclude, so far my book Animal space use is still alone on the arena what regards focusing on the integration of scale free space use and spatial map utilization. I hope it soon gets competition.
Model assumptions - the individual level