March 23, 2017
The term “Home range” (HR) generally follows Burt’s (1943) definition, the area traversed by the individual in its normal activities of food gathering, mating, and caring for young. Occasional sallies outside of the area, perhaps exploratory in nature, should not be considered as home range. However, with respect to fine-grained perception of a HR, Burt’s definition seems to have guided – in fact cemented – the HR concept into a too narrow and partly misleading perception of individual space use. Hence, in my view the Burt definition is hampering progress in this important field of animal ecology.

From the perspective of a regional map, an individual’s home range is a zero-dimensional dot. When zooming in towards medium scale, it makes sense to demarcate a home range as a two-dimensional area (or a three-dimensional volume in the context of aquatic or marine systems). The challenge to define HR borders at this scale is reflected in Burt’s second part of his HR definition, leaving some “occasional sallies” outside the polygon, ellipse, isopleth-based demarcation, or whatever kind of area that is differentiating “inside” from “outside”. For more than 60-70 years Ecology has lived well with this medium-resolution definition of a HR. However, recently the Burt definition has become an obstacle as its application has been extended towards finer scales as a consequence of better data. 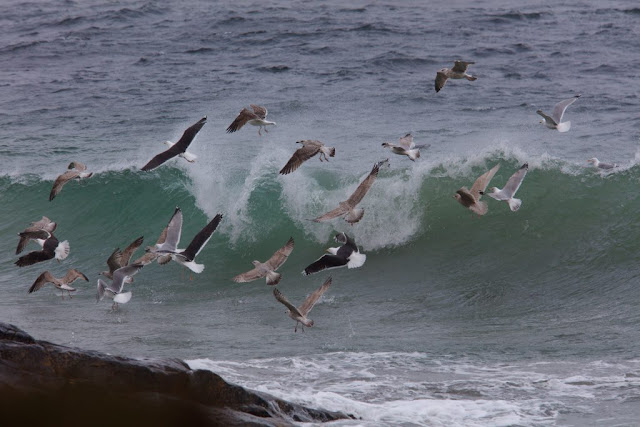 Modern methods of path collection have greatly improved the length of data series both with respect to extent and temporal resolution. Further, sophisticated statistical analyses for HR demarcations (e.g., KDE and Brownian Bridge) have replaced polygons and other initial protocols for area demarcation. However, the improved quality and quantity of space use data has not made life easier for statistical analyses. Rather, the “inside” versus “outside” issue has surfaced as a core challenge for studies of animal space use and its ecological aspects. Introducing a more sophisticated HR concept by differentiating between the HR and its intra-HR “core areas” has created new challenges. As a result, the Burt definition’s shortcomings are now surfacing and causing seeds of confusion and controversy. In this post I claim that these issues go beyond the normal maturing of ecological methods, where more sophisticated approaches are evolving as a natural progression from (i.e., refinement of) the older approaches. Hence, the present headline, “Why W. H. Burt is Now Hampering Progress in Modern Home Range Analysis“.

The HR is a challenging concept per se, as illustrated by this mixed-species flock of gulls at the western coast of Norway (observe the relatively rare glaucous gull Larus hyperboreus, number 4 from the right). Inter- and intra-species HR overlap, temporal HR stability and other quantifications require statistically precise variables that are spun from a realistic statistical-mechanical framework. Photo: AOG.

Several assumptions are included in the Burt definition, explicitly or implicitly:

To conclude, the HR concept as defined by Burt is a feasible and important part of animal ecology when applied on medium scales, but becomes misleading and counter-productive when stretched towards finer spatial analyses.

Interestingly, many of the key ecological variables that are studied under the Burt paradigm (local intensity of space use, habitat preference, HR size, HR overlap, core areas, HR stability, etc.) have their quantifiable counterparts under the emerging “HR as a fractal” model. Unfortunately, the Burt legacy is hampering a broader exploration and critical evaluation of the latter.